Two men are in the Winona County Jail after a burglary Monday morning in the area of Mankato Avenue and Fifth Street.

Arrested and referred for first-degree burglary are Emilio Ryan Martinez, 18, of Winona and Dalvalano Devario-Demar Jackson, 25, of Rochester, who police were able to find based on a description given by the complainant.

According to the complainant, she was awakened by two males yelling in her apartment. After getting up, the complainant said she was struck in the face with an object she believed to be a fake gun.

Both suspects were inquiring about money, according to the complainant, and ultimately ended up taking a jar containing approximately $20 in loose change.

While she didn’t get a clear look at him, the complainant believed she recognized Martinez, as they had met prior to the incident. She described the other suspect as a black male who appeared to be in his teens.

Based on the complainant’s description of Martinez, police found him and Jackson at his residence in 950 block of East Eighth Street and apprehended them. Jackson denied any involvement, according to the report, but was later implicated by Martinez.

The incident is not believed to be random, according to police.

One in custody after reported gunfire near Maplewood Townhomes

A Winona man is being held in Winona County Jail after being accused of firing a gun Wednesday evening in the area of Seventh Street and Druey Court.

Police calls for Monday, June 22: Multiple vehicles reported to be damaged over weekend 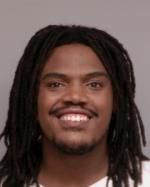