Two people are in custody after a drug bust by the Winona County Sheriff’s Office.

The Wednesday morning bust was in the 800 block of West Fifth Street, according to authorities. The sheriff’s office was assisted by the Winona Police Department and the Southeast Minnesota Violent Crime Enforcement Team.

Rymone David Taylor, 25, of Toledo, Ohio, and Aaliyah Marie Nagel, 20, of La Crosse were arrested and referred to the Winona County attorney’s office for first-degree possession of controlled substances, a felony offense.

Authorities also found a handgun, three handgun magazines and $13,000 in cash at the scene.

Two children, ages 2 and 12, were taken into protective custody.

+16 Who is in the Winona County Jail?

Police calls for Tuesday, March 24: Winona woman arrested for possession of controlled substance after police find her slumped over in vehicle 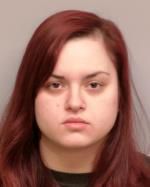 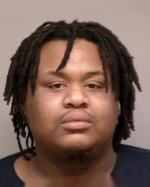