An attempted sale of marijuana ended in a robbery Thursday on the Saint Mary’s University campus.

A Saint Mary’s student reported that he met with a man at about 3:30 p.m. for the transaction. During the meeting, the man, later identified as Thomas Kpazieh Gleplay, 19, of Williston, N.D., reportedly robbed the victim of about two ounces of marijuana and less than $30 cash, according to the Winona Police Department.

Gleplay and four occupants in a vehicle then drove away. The victim followed in a vehicle. According to authorities, Gleplay shot a single round from a pistol out of one of the vehicle’s windows into the air.

The vehicle Gleplay was in was later located by Winona police officers at the Kwik Trip at Sarnia and Huff streets. Only four occupants were located, but video later revealed that one occupant had gone into the store and then left. He was later located. All five are now in custody.

Gleplay, Rhoeshon Mason Dillard, 19, of Elk River, Minn.; Jason Daniel Harrison, 19, of Buffalo, Minn.; Zachary Warren Sjoberg, 18, of Hanover, Minn.; and a 17-year-old boy from Winona were arrested on suspicion of first-degree aggravated robbery, second-degree assault with a dangerous weapon, reckless discharge of a firearm, threats of violence and intentional liability for crimes of another.

According to a release from Saint Mary’s, the five people who were arrested were neither students nor employees at the university.

+50 The most dangerous city in every state

Crime across the country

Violent crime happens in every state, city and town. In 2016, an estimated 1,248,185 violent crimes occurred nationwide, an increase of 4.1 percent from the 2015, reaching a five-year peak. Aggravated assaults accounted for 64.3 percent of violent crimes, robbery for 26.6 percent, rape for 7.7 percent and murder 1.4 percent according to the Federal Bureau of Investigation.

This list looks at urban areas with a population over 50,000 using the FBI’s Uniform Crime Report on violent crime to find the most dangerous cities. For Vermont, the highest overall was used, as no cities have a population of 50,000. Violent crime per capita (per 10,000 people) is calculated to standardize and compare results.

So which city was hardest hit by violent crime in each state? Want to see how other cities in your state compares? Try our online database with nearly 10,000 U.S. city crime statistics. 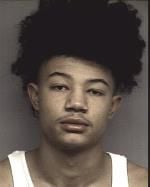