All five were formally arraigned on charges brought by a Winona County grand jury earlier this month.

Lonnie Lavonte Keymone Hudson, 23, the accused shooter, remains in the Winona County Jail, charged with first-degree murder. Hudson’s attorneys waived their client’s right to an omnibus hearing — the defendant’s opportunity to challenge the admissibility of evidence collected by the prosecution — within seven days of arraignment.

They said the time necessary to review a five-inch stack of CDs holding evidence collected against Hudson and the others they received Monday, and the need to review the transcript of testimony, made it impossible to be prepared within a week. Winona County District Court Judge Mary Leahy scheduled a contested omnibus for Hudson on Jan. 27.

Reginald Alexander Burnett, Jr., 18, alleged to have accompanied Hudson to Fort’s apartment and participated in the robbery that let to Fort’s death, is charged with first-degree murder (aiding and abetting). Burnett’s attorney requested a rescheduled omnibus. The request was granted and the hearing will be held Jan. 20.

An omnibus hearing for Kayla Mae Clay, 18, accused of driving the getaway car and charged with aiding an offender as an accomplice after the fact, was put on the court calendar for Dec. 31. Clay’s attorney, Kurt Knuesel, told the court he was unwilling to ask for a delay without so much as looking at the evidence provided him by the county attorney on Monday.

Knuesel successfully argued against a prosecution motion to compel Clay to provide a DNA sample to be used in future comparisons with DNA found at the crime scene, the getaway car and other evidence. The courts have established that an individual’s DNA is protected under a person’s right to privacy and authorities can only obtain a sample for cause. So far, DNA analysis has not be completed on evidence in the case, and until there is DNA evidence to compare with a sample from Clay, that sample should not be compelled.

Leahy called the situation “a horse and cart problem,” and, deciding requiring the sample to be taken would be putting the cart before the horse, denied the prosecution’s motion.

The court turned down a request to review bond for Richard Gordon Deppe. Deppe, held in lieu of $30,000 bond, faces three felony charges of aiding an accomplice after the fact, as well as a drug conspiracy charge. His role in the events surrounding Fort’s death have not yet been spelled out in court or in publicly available court documents.

Leahy ruled that the bail as set was appropriate to the crimes as charged. An omnibus hearing was set for Deppe on Dec. 31.

Cornelius Conrad Dunnigan, 21, charged with a single count of fifth-degree sale of marijuana, related to the Oct. 18 shooting of Adam Fort in a west-end apartment, remains free on bail following a brief hearing Monday. Dunnigan’s attorney waived the seven-day deadline for an evidentiary hearing since Dunnigan is no longer in custody. That hearing was set for Jan. 27.

Can CO2 be transformed into jet fuel?

The week's top 10 (or so) in review: Ping named Sportsperson of the Year; appearances in Winona murder case

The man who shot and killed a Winona man a year ago this October has confessed. 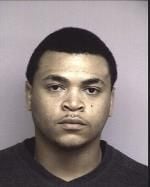 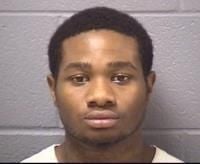 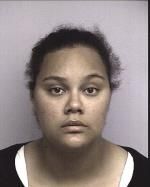 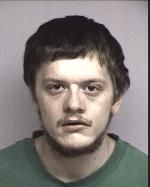 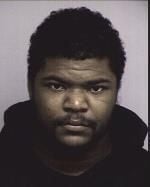