Two St. Charles residents are accused of leading Winona County authorities on a snowmobile chase Friday between Wilson and Wyattville.

Megan Lelani Cogswell, 36, and David Wayne Evenson, 41, were charged with fleeing a peace officer in a motor vehicle, careless/reckless operation of a snowmobile, trespassing on agricultural lands and traveling through a fenced/gated area on a motor vehicle. Evenson also is being charged with driving while under the influence.

A Winona County Sheriff’s Deputy was parked on River Road near County Road 12 at about 7 p.m. Friday when he reported seeing two green Arctic Cat snowmobiles fail to stop at a stop sign.

The deputy attempted to head the two snowmobilers — later identified as Cogswell and Evenson — off at another crossing, but said they turned around before reaching that intersection. The deputy then activated his lights, and, according to the report, Cogswell and Evenson turned their lights off and took off.

Additional deputies joined the chase, along with police officers from Winona and Lewiston.

After numerous sightings, including reports of the pair near Rushford and Wyattville, a deputy was able to get in front of Cogswell and Evenson, with Evenson taking off near Hwy. 43 while Cogswell finally stopped, was arrested and identified Evenson to police.

Evenson was stopped and apprehended on Hartwood Drive between Wyattville and Wilson.

+17 Who is in the Winona County Jail?

One in custody after reported gunfire near Maplewood Townhomes

A Winona man is being held in Winona County Jail after being accused of firing a gun Wednesday evening in the area of Seventh Street and Druey Court. 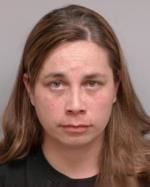 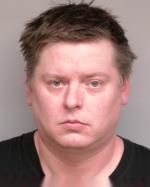