Rachel Mergen: Walking into the Minneapolis protests
4 comments
Share this
Return to homepage ×

A community has come together in Minneapolis for a war against its own city.

Whether someone believes they are rioting for good or bad reasons, it’s certainly a once-in-a-lifetime experience.

I walked straight into it Thursday, the third night of the riots that have resulted in ruined vehicles, burned buildings and looted stores.

I had never witnessed anything like it in my life. It was as if I entered into a world that I had only seen before through television coverage of foreign countries. But it was only about two hours from Winona this time.

When I was initially heading toward the city, I even found myself questioning how severe the riots could really be.

There weren’t people throwing rocks at my vehicle as I drove down the highway like social media had prepared me for.

At the outskirts of the city about 6 p.m., I couldn’t see smoke darkening the sky.

I had to wait until I approached the Minneapolis Police Third Precinct building to truly understand what a riot looks like.

Everybody seemed to have forgotten about the COVID-19 pandemic as they crowded the area surrounding the building and nearby stores on Minnehaha Avenue.

There was no such thing as six-foot social distancing as people called out chants and waved signs in the air expressing their frustration about the death of George Floyd, a black man in handcuffs who pleaded for air as a police officer kneeled on his neck during an arrest.

It was a community effort to call for justice in response to Floyd’s death.

People were walking through the crowds and standing on the sidewalks, offering free snacks and water and gallons of milk.

Initially, for a brief second, I thought they were all taking a moment to appreciate the dairy industry. As a southwestern Wisconsin native, I was excited by the idea.

I soon learned it was actually to battle the effects of tear gas, which police were using on crowds as they attempted to burn down local buildings – including the police precinct.

While I didn’t witness the building get taken down by flames, I was there as someone called out about history being made. I was there when the gates around the building were torn down and used as a way to attempt to break the glass of the windows.

I knew at that moment I was witnessing the breaking point.

Soon enough, as the battle to get inside the building began, fireworks were lit off by protestors.

Tear gas was used by the police officers now visible on the sides of the building. While I quickly removed myself from the situation in fear of my safety, I did get a taste of the chemical pain as I watched a nearby pawn shop burn uncontrollably.

Fire truck lights shined in the smoke as there was attempts made to stop the blaze.

I can confidently say there is not much of a chance that the building will be used again as a store anytime soon, if it will even be left standing after the riots.

As for some of the other stores — even the local Target — they might not have burned down but they were rummaged through and some even flooded from their sprinkler systems.

It was time to leave when my eyes and lungs burned from the tear gas and smoke.

As I moved back to my car, I witnessed people outside of a church helping with first aid for the protestors. People were suffering from the tear gas.

Others were sharing their stories about having protective cushions strapped to their bodies being hit by multiple rubber bullets.

There was physical pain that night, along with the emotional pain already caused by the loss of Floyd.

I eventually moved toward the Hennepin County Government Center, where there were far fewer people at 11 p.m. than there were near the precinct.

A line of police officers blocked the doors, with dozens of others inside the building seemingly prepared for any attacks.

More peaceful protestors sat on the cement in front of the officers.

A few did express their anger more clearly, standing about a yard from individual officers yelling at them, accusing all on the force of being a problem to the community.

I felt a mix of emotions as I took their photos, because I witnessed the hateful emotions from the rioters, while I also wondered what the officers could have been feeling.

Driving away from the scene that evening, police cars – along with unmarked cars and vans – raced toward the chaos I had witnessed.

I knew, that night, nothing would ever be the same for Minneapolis.

Later, I saw the precinct was no longer in one piece. I knew stores would no longer be a part of the community. I watched arrests via social media.

I witnessed history Thursday that I will never be able to forget.

Stories, photos and videos of the unrest in Minneapolis after the death of George Floyd

Jerome Christenson: Leave John Wayne out of this

Just when we thought it was safe to go out for a burger … the bug’s back.

A paper from Yangzhou University, China, was published June 16 in the journal Physics of Fluids (no intended pun) about the water vapor plume …

More information continues to emerge about the medical problems COVID-19 infections can cause as our experience with it grows.

Well it looks like the rest of the world is sending all of us back to our rooms.

Jerome Christenson: How sweet it isn't

I may not understand race, but I think I’ve got a pretty good handle on pancake syrup. 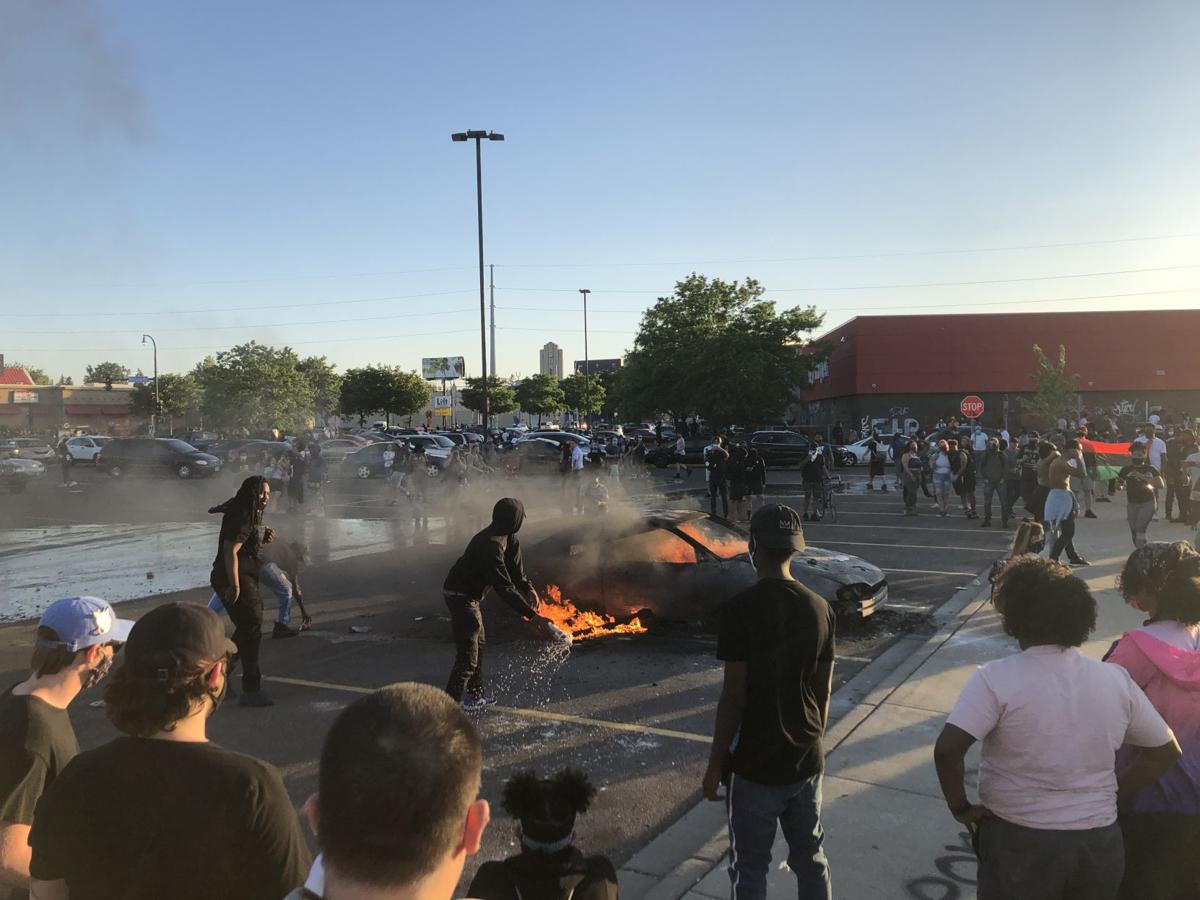 A car burns Thursday in a Target parking lot during protests in Minneapolis calling for justice in the death of George Floyd at the hands of police. 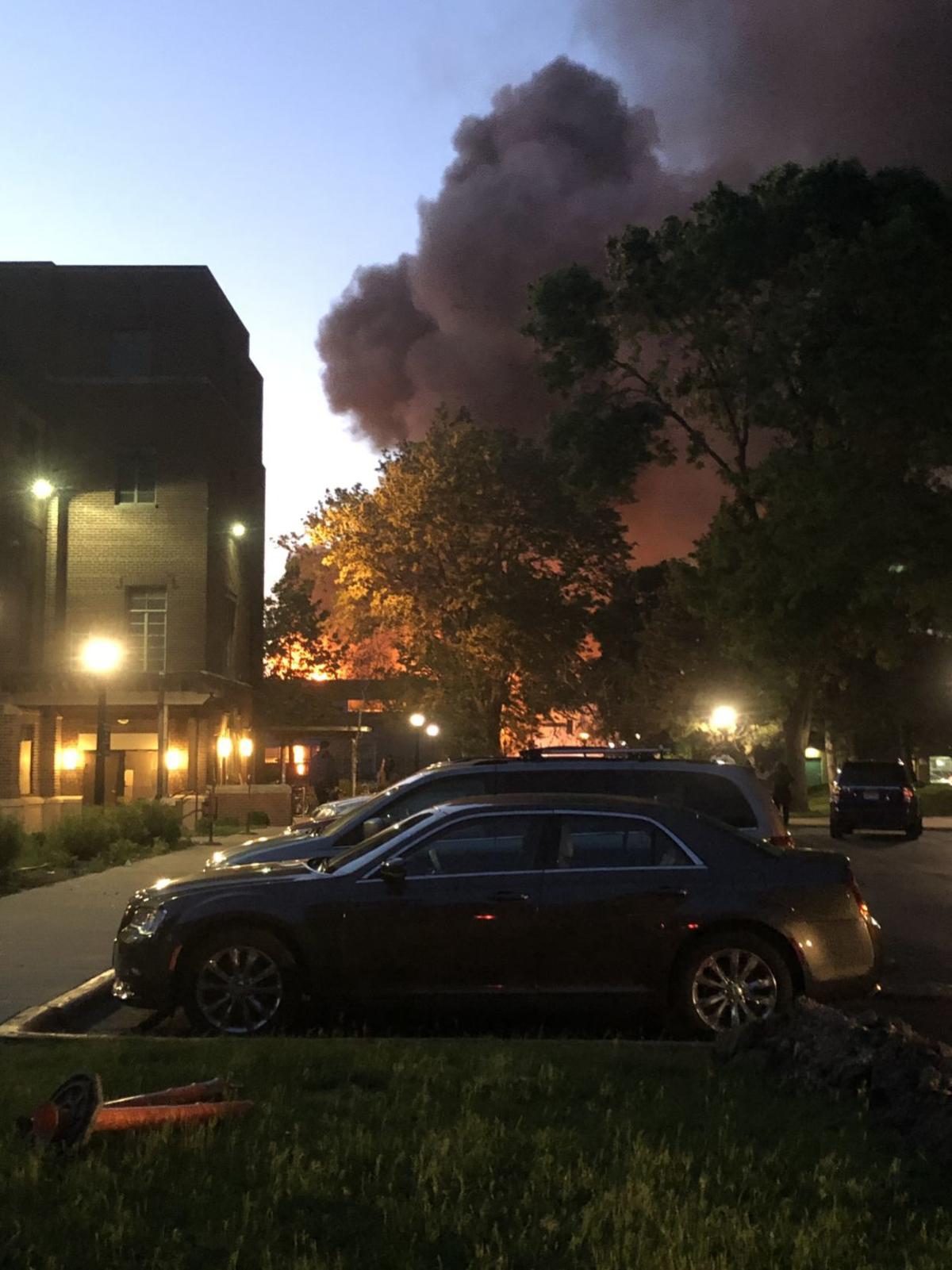 Smoke billows from fires set during protests Thursday in Minneapolis.