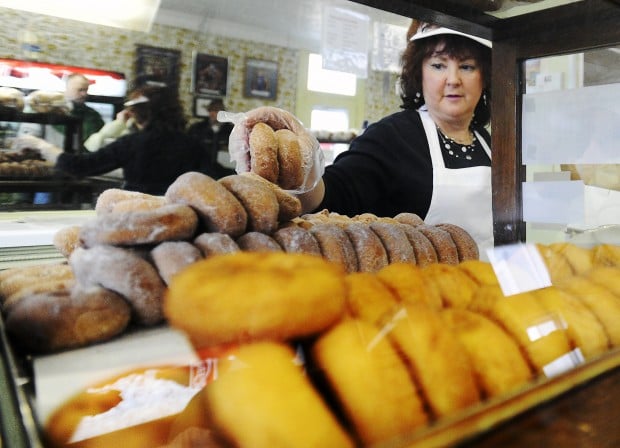 Store clerk Jeanne Schmidt fills a box of doughnuts for a customer at Bloedow Bakery on Thursday, March 1, 2012, in Winona. The bakery was recently voted the best doughnut shop in Minnesota in a WCCO-TV contest. (Alexa Wallick/Winona Daily News) 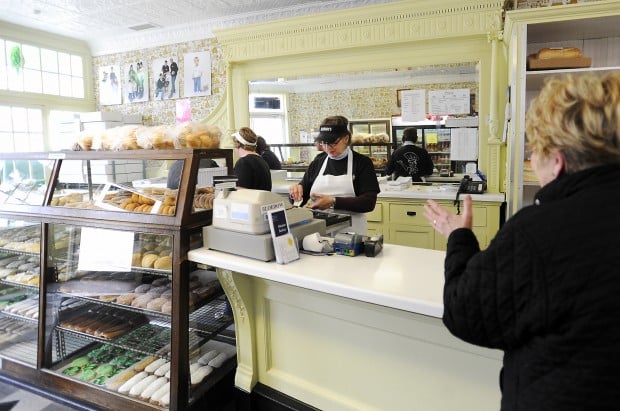 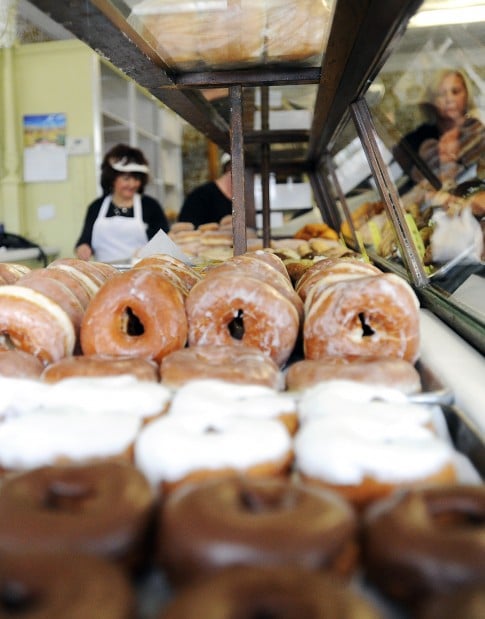 Winona residents need only travel down the street to sink their teeth into Minnesota’s most scrumptious pastries.

WCCO-TV viewers overwhelmingly voted for Bloedow Bakery in a recent contest to crown the state’s most esteemed doughnut producer.

Every Saturday, the Twin Cities-based station asks viewers to vote through email and social networks like Facebook and Twitter on a question about Minnesota products and places.

“I think it’s a really cool recognition,” said Mary Polus, who owns the bakery with her husband, Hugh.

Mary Polus said the award tastes even sweeter because voters weren’t given a list of options to choose from and had to write in answers.

Brickman told Mary Polus he had expected the winning bakery to be located somewhere in downtown Minneapolis or St. Paul.

“Your customers are very serious,” Brickman told her.

They have been since the beginning.

In the mid-2000s, the national chain Krispy Kreme tried to establish itself in Winona, but sales lagged as the Bloedow faithful snubbed the chain’s doughnuts in favor of home-baked goods. In less than two years, Krispy Kreme hit the road.

Some attribute Bloedow’s success to the shop’s Winona roots and hometown appeal, but it really boils down to one thing: The doughnuts are just that good.

“You come in and the smell alone is enough,” store manager Michelle Kohner said Thursday.

She’s right. The warm aroma of sugary carbohydrates hanging in the shop’s air can break the will of any diet-disciplined volunteer picking up a dozen doughnuts for the morning’s office meeting.

Bloedow Bakery offers more than 30 kinds and flavors of doughnuts, as well as a large selection of cookies, buns and breads. They’re all made fresh every night. Three bakers come in between 11:30 p.m. and midnight to begin the process, starting with bread dough and moving to batter for cake doughnuts.

The Poluses, who took over the business in 2004 from the Gernes family, have not altered the recipes of the historic bakery — some of which date back to the bakery’s beginnings in 1924.

“It never changes,” Hugh Polus said Thursday, sitting in a room in the back of the bakery he’s worked at since he was 15. “If you came here as a kid 20 years ago, it’s going to taste the same.”

Bloedow products can be found Sundays at Midtown Foods or at Winona’s Sinclair stores.

One new COVID-19 death and 27 new cases were confirmed in Winona County by the Minnesota Department of Health Tuesday.

Store clerk Jeanne Schmidt fills a box of doughnuts for a customer at Bloedow Bakery on Thursday, March 1, 2012, in Winona. The bakery was recently voted the best doughnut shop in Minnesota in a WCCO-TV contest. (Alexa Wallick/Winona Daily News)