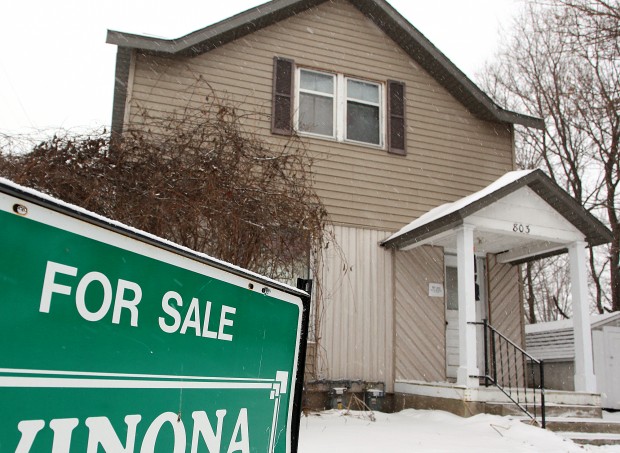 A for sale sign sits in front of a home on West Fifth Street in Winona on Friday, Jan. 20, 2012. (Andrew Link/Winona Daily News) 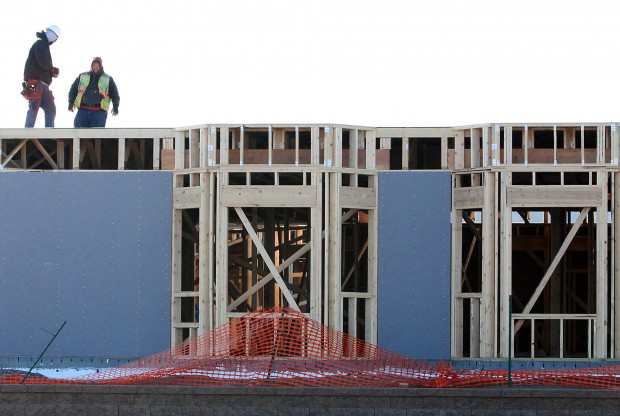 A new 79-unit senior living facility is being built on Mankato Avenue in Winona. Sugar Loaf Senior Living is scheduled to be complete in the fall. (Andrew Link/Winona Daily News) 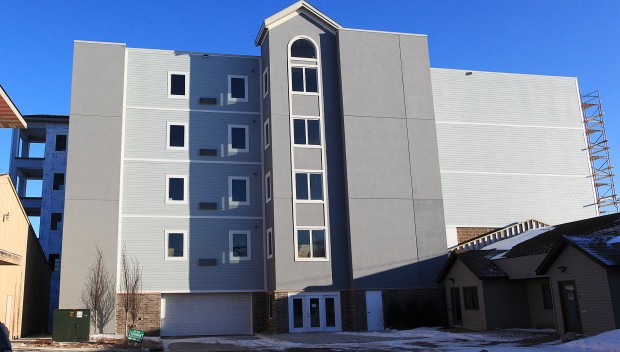 Home sales in Winona and Goodview rose 14 percent in 2011, according to the Southeast Minnesota Association of Realtors, leading some to believe the housing market is well on its way to recovery.

Others aren't so sure.

One thing's for certain: Local houses are cheaper these days. The median price of a home in Winona and Goodview in December 2011 was $117,750 - down 17 percent from $142,000 last year, according to data from the Southeast Minnesota Association of Realtors.

Houses are still sitting on the local market longer than in previous years. Winona and Goodview homes were listed an average of 166 days last year, up from 158 days in 2010, and 131 in 2009.

Eric Grover with Century 21 Alpha Realty in Rochester, Minn., said houses may be taking longer to sell than in previous years because people aren't able to offer competitive prices in a market flooded with cheap foreclosures, especially if sellers still owe significant amounts of money on properties.

Homes at risk of fore-

closure made up a third of sales across the nation last month. In strong markets, they make up only about 10 percent of sales. Eric Nustad of Key Real Estate in Winona said nearly half of his company's 20 to 25 percent increase in sales compared with 2010 was a result of foreclosures.

"The buyers that are out there are looking for really good deals on properties," he said.

The number of homes on the market has fallen, meaning prices could begin rising if the trend continues. As of November, Minnesota saw a 17.3 percent decline in new listings compared with 2010, according to the Minnesota Association of Realtors.

Home sales nationwide totaled 4.26 million in 2011. That's up slightly from 4.19 million in the previous year, but well below the 6 million that economists equate with healthy housing markets. In 2005, at the peak of the housing boom, 7.1 million homes were sold.

As far as what 2012 may hold, sellers remain conflicted.

Bob Skeels of Coldwell Banker and DeDe Mraz of Edina Realty, both in Winona, said they're hopeful sales will continue to increase. January sales so far have been promising, they said, and open houses have been well attended.

Grover, not so much.

"I don't have a crystal ball," he said. "I'd like to tell you that things are going to get better, but I don't think we're out of the slump yet."

The Associated Press contributed to this story.

New construction last year in Winona was up compared with 2010, though it isn't close to approaching pre-recession figures.

Foreclosures are down in several area counties, but Winona County Recorder Bob Bambenek said the trend may not continue.

A for sale sign sits in front of a home on West Fifth Street in Winona on Friday, Jan. 20, 2012. (Andrew Link/Winona Daily News)

A new 79-unit senior living facility is being built on Mankato Avenue in Winona. Sugar Loaf Senior Living is scheduled to be complete in the fall. (Andrew Link/Winona Daily News)