One dies in crash with dump truck in Trempealeau County 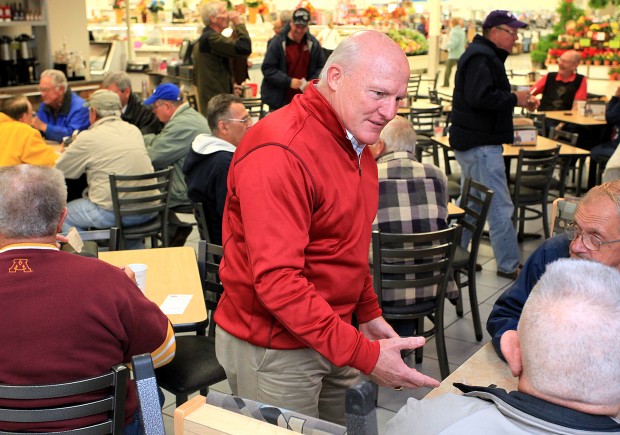 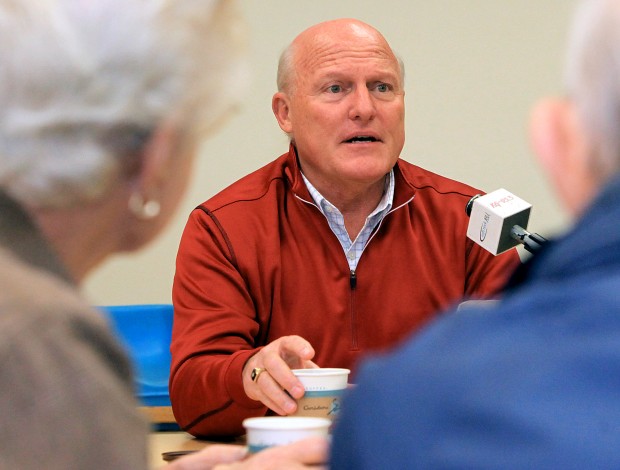 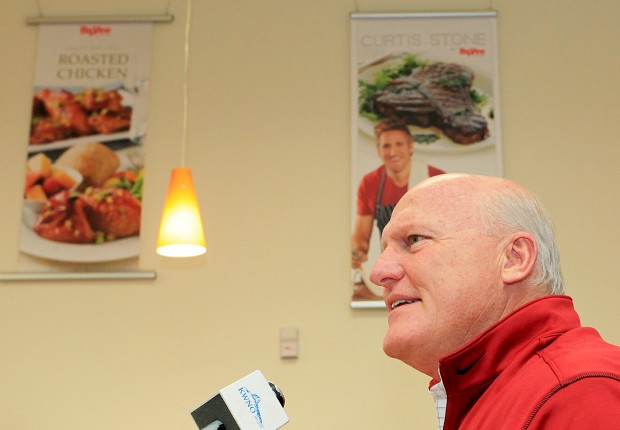 Sen. Mike Parry, R-Waseca, talks to a group of people during a visit to Winona’s Hy-Vee Thursday, Nov. 3, 2011, to kick off his campaign against U.S. Rep. Tim Walz, D-Minn., for the 1st District congressional seat.  (Andrew Link/Winona Daily News) 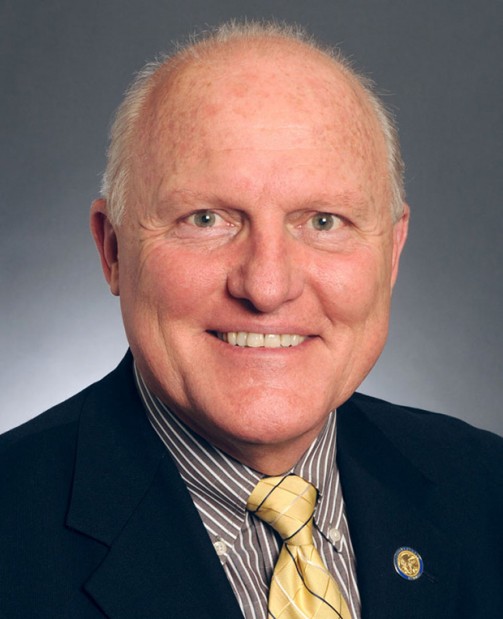 Sen. Mike Parry, R-Waseca, talks to a group of people during a visit to Winona’s Hy-Vee Thursday, Nov. 3, 2011, to kick off his campaign against U.S. Rep. Tim Walz, D-Minn., for the 1st District congressional seat.  (Andrew Link/Winona Daily News)

Mike Parry sat at the head of a Hy-Vee dining-room table Thursday morning, his hand curved around a cup of steaming coffee.

With him were about 10 people, a few nibbling eggs and toast while others asked the Republican state senator from Waseca questions about his decision to challenge U.S. Rep. Tim Walz, D-Minn., for the state's 1st District congressional seat. About 30 others in the dining room listened at times, or just enjoyed breakfast.

Parry kicked off his run Thursday in Winona, with plans to visit several southern Minnesota cities Thursday and today to announce his candidacy.

"This is America. We need to focus on the future," Parry said. "We need to stand tough and stand strong."

Parry's platform is focused on education, job creation and economic growth, elements he described as connected and essential for success.

"We need to make sure our children are educated so they can compete in a global economy," he said.

Several who gathered at Hy-Vee said they were there to support Parry, while others said they attended to learn more about him. Harland Knight of Winona was drawn to Parry's interest in creating jobs.

"I've worked in Winona County for 38 years," Knight said. "Jobs are my passion."

"He knows what makes the country work," said Rhett Zenke, the Winona County Republican Party chairman, who attended the event. "It's a pleasure to have Winona in the forefront of Mike's campaign."

The Minnesota DFL released a statement Thursday criticizing Parry's work as a state senator, particularly during the 2011 session deadlock that led to a three-week state government shutdown.

"He is reckless with our economy and is out of touch with southern Minnesota's pragmatic, common-sense values," said DFL Chairman Ken Martin in the release.

During his Thursday stop, Parry said he doesn't agree with Walz's leadership in Congress.

"My intent is to listen very closely," Parry said. "People want to know they have a person that will take their issues back to Washington, and Walz hasn't done that."

Walz, a Democrat from Mankato, Minn., was elected in 2006 in the politically moderate district when he upset six-term Republican Gil Gutknecht. In 2010, he won re-election with the narrowest margin of his career, taking 49 percent of the vote in a four-way race.

At least two prominent area Republicans have chosen to not run against Walz. Randy Demmer, a former state representative, led the 2010 Republican field against Walz, taking 44 percent of the vote. Rep. Steve Drazkowski, R-Mazeppa, did not initially rule out a run but has now endorsed Parry.

Rep. Steve Drazkowski, R-Mazeppa, has an-nounced he will not run for Rep. Tim Walz's congres…