An additional city of La Crosse well on French Island has been found to be contaminated with PFAS, the city utility office announced Thursday evening, though it will stay online for emergency use this summer.

Well 26, located northwest of the La Crosse Regional Airport, was found to have levels of PFAS between 2-13 parts-per-trillion, which are below the state’s current standards. The well is “presumed not to be a health hazard.”

This is the third city well near the airport to be found polluted with the group of “forever chemicals.” It was first tested in 2014, when contamination was found in Wells 23 and 24 and taken offline. At the time, Well 26’s results were “below the detection level” of the test, though.

But as new contamination is being found all over French Island, including nearly 200 private drinking water wells, some near Well 26, the city was prompted to test again before it was brought online for the summer.

The well was tested on March 9, and results are “similar” to the findings in nearby private wells, the city said.

Well 26 is used only during times of high demand, the city said, typically in the summer, and hasn’t been used since summer 2020. But with two wells already shut down because of contamination, the city will still plan to use it if necessary.

“With both Well 23 and 24 out of service, the utility has very little excess pumping capacity left in the system. Regardless, the utility does not intend to use Well 26 unless there is no other way to provide service,” the La Crosse water utility said in its statement.

“Future scenarios that may necessitate using Well 26 include system flushing, high water demand by the fire department during a fire, a breakdown or required maintenance at other wells in the system, or very high demand periods such as those that occur in extended periods of dry summer heat waves,” it said.

The city is sharing its findings with the Wisconsin Department of Natural Resources, and is testing Well 26 a second time to ensure safety if it needs to be used in the coming months.

A Winona woman was arrested for DWI on Wednesday night.

The Buffalo County Sheriff’s Department responded to a shots fired call early Friday morning in the Town of Buffalo.

After 36 years of teaching Auto Body Collision Technology at Minnesota State College Southeast in Winona, Tom Brandt is handing over the keys …

Winona County returned to a high COVID-19 community level as of Thursday, the county’s Department of Health and Human Services reported.

To better position itself financially for long-term sustainability and success, as higher education continues to experience increasing competi…

A woman's voice — which authorities say is Vicky White's — is heard saying things including, "wait, stop ... airbags going to go off and kill us."

3 individuals taken into custody after standoff in Onalaska

A standoff with police Tuesday afternoon resulted in three individuals being taken into custody.

Motorists in Winona are reminded that access to East Lake Boulevard and Sugar Loaf Road from Highway 43/Homer Road will be closed, as well as …

3 people have died in Barron house fire, including children

Firefighters were able to pull two children from the burning home and they were taken to Mayo Hospital, where they were later pronounced dead. Authorities say the body of a man was later located in the house. 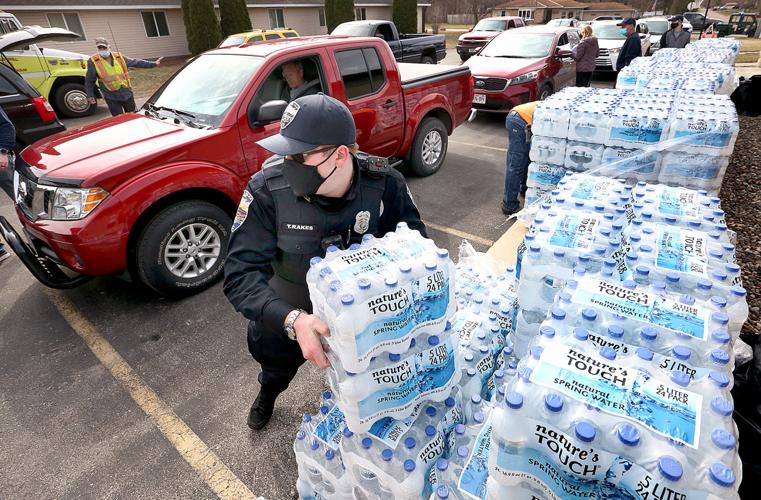 Reserve officer Taylor Rakes with the Town of Campbell Police and other town personnel, distribute bottled water to residents Thursday at Olivet Lutheran Church on French Island. The Wisconsin Department of Natural Resources and the Department of Health Services has issued a temporary drinking water advisory for the island due to concerns over PFAS contamination in private wells. 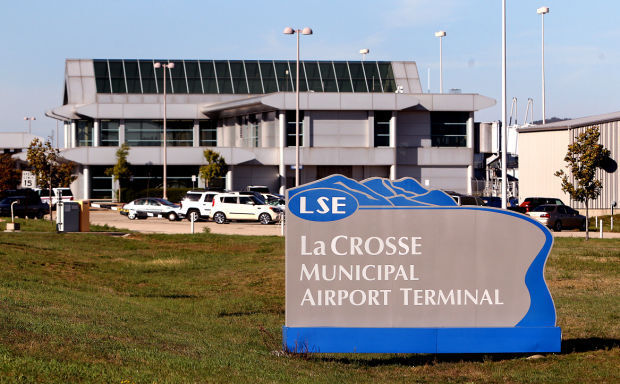 Several years ago, two water wells near the La Crosse Regional Airport were found to be contaminated by a group of "forever chemicals" known as PFAS, or perfluoroalkyl and polyfluoroalkyl substances. Now, officials are beginning to test wells downstream to better understand how far the contamination has spread.