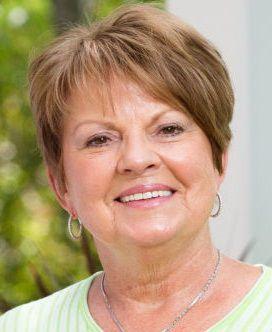 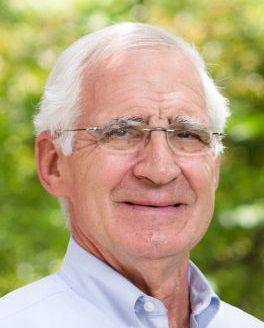 At Mayo Clinic Health System in La Crosse, ringing the gold survivor bell after a final treatment is a right of passage for cancer patients, a glorious occasion met with department-wide clapping, plenty of hugs and a few tears.

For the past 14 months, the famed bell, once affixed to a plaque on the wall of the Cancer Center, has been rotated throughout the building as walls have been erected and flooring installed during the center’s remodel.

This week, the bell took its rightful place on a new wall.

The Slaggies, longtime philanthropists and donors to many Mayo Clinic projects — including the Stephen and Barbara Slaggie Family Cancer Education Center in Rochester, Minn. — donated $5 million last year toward their eponymous cancer center, which is expected to serve over 2,200 patients each year.

The updated facility boasts twice the former number of exam rooms at 18, double the treatment bays, from 10 to 20, and a larger pharmacy which is USP 800 (a quality standard for handling hazardous drugs) compliant. Other features include additional private areas for patients to meet with their social worker, surgeon or occupational therapist, and more natural lighting.

“This is a beautiful space,” said Rachel Bishop, a registered nurse in the Cancer Center. “It’s really nice for the patients to see the space after living through (the renovation).”

The Slaggie Cancer Center project was announced in November 2017, with groundbreaking in late summer 2018 on the 3,900-square-foot addition to the original cancer center, which was built 15 years ago.

Located on the lower level of the Center for Advanced Medicine and Surgery, the departments of hematology/oncology and radiation oncology were included in the improvements, with breast, lung, head, neck and prostate cancers among the most frequently treated.

The project came in under budget at $4.9 million, and the extra $100,000 will be used within the cancer center for things such as provider education and patient retreats.

“The most important thing is the greater patient access and patient comfort,” Dr. Abigail Stockholm, who specializes in radiation oncology, says of the updated center, which now has check-in, waiting area and treatment rooms on the same floor. “This is a time that is stressful and we want to make it less stressful. A warm and welcoming environment is important for healing. We have phenomenal staff, and being able for them to provide treatment in a facility that is warm and healing is a wonder gift.”

The Slaggies live in Marco Island, Fla., but they are former Winona, Minn., residents who have long had ties to Mayo Clinic, with Stephen treated as a child for life-threatening spinal meningitis and again about two decades ago for prostate cancer, from which he is in remission.

In addition to the Slaggie Cancer Center and Stephen and Barbara Slaggie Family Cancer Education Center, which is considered one of the largest in the nation, the Slaggie’s have donated to diabetes research, regenerative medicine and Mayo Clinic Connected Care. In their home state, they have contributed to the Marco Island Community Foundation.

“There really are no words to express what their gift does for the community and the people of the region,” Stockholm said. “We’re grateful beyond words they have trust and faith in Mayo Clinic and the work and care we provide to our patients and neighbors.”

Sandra Burke, 60, of Winona, Minn., who has been a breast cancer patient at Mayo for about four months, has been receiving daily radiation treatments from Stockholm after completing 12 weeks of chemotherapy.

Diagnosed April 29 — her birthday — at Winona Health, Burke travels to La Crosse for her appointments, where she finds the staff attentive and compassionate and updated environment, which includes a fireplace in the patient lounge area, “cozy.”

“They want you to feel as comfortable as you can during what you’re going through,” Burke said.

The executive director of Winona Volunteer Services, Burke has previously met the Slaggies, who have donated to the food, transportation and rent assistance nonprofit.

“Their generosity has certainly helped the people I work with,” Burke said.

Burke, whose career is based around helping others, has found another way to give back by opening up about her cancer journey and lending her support to fellow patients. With no family history of cancer, Burke was shocked when she got the call her biopsy was positive and understands the fear that follows.

“The first thing I thought was, ‘Where is this coming from?’” Burke recalls. “(My mind) was a blank screen — how could this be?”

In both Winona and La Crosse, Burke has found herself developing a camaraderie with others in the thick of cancer, and finds comfort in faith, family and friends. She calls her providers at Mayo a “great team” and trusts in Stockholm, who told Burke during an appointment Monday afternoon, “We’re here to support you head, shoulders, knees and toes.”

Smiling and making jokes as she works toward remission, Burke is halfway to ringing the Survivor Bell in the Slaggie Cancer Center. While she has stayed hopeful and optimistic throughout her journey, she is eager to receive the all clear.

“I feel very fortunate this is curable,” Burke says, adding, with a laugh, of her ductal carcinoma, “This little sucker better not come back!”