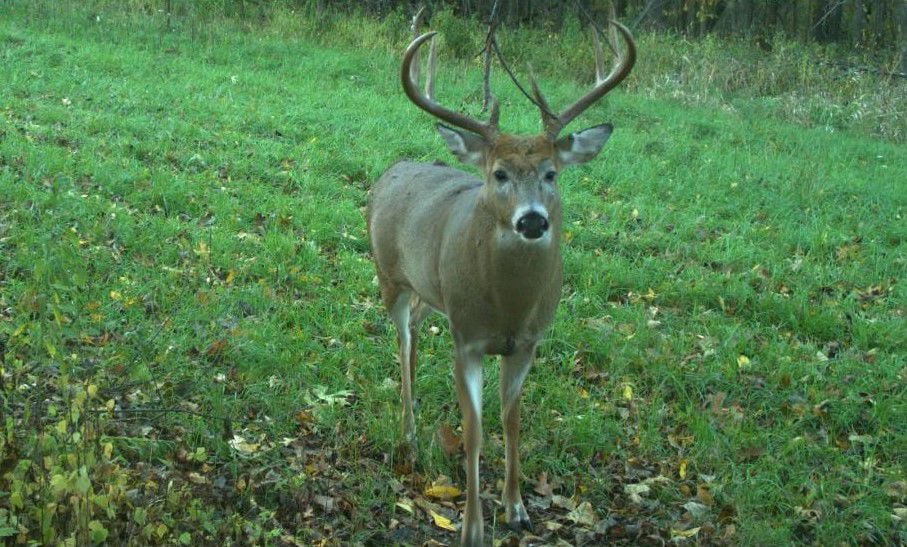 During the first 18 days of the Wisconsin archery deer season, hunters have harvested 10,987 whitetails, 4,792 of those being bucks. Those using a crossbow have killed 6,309 deer, while those using a traditional compound or vertical bow have harvested 4,678. 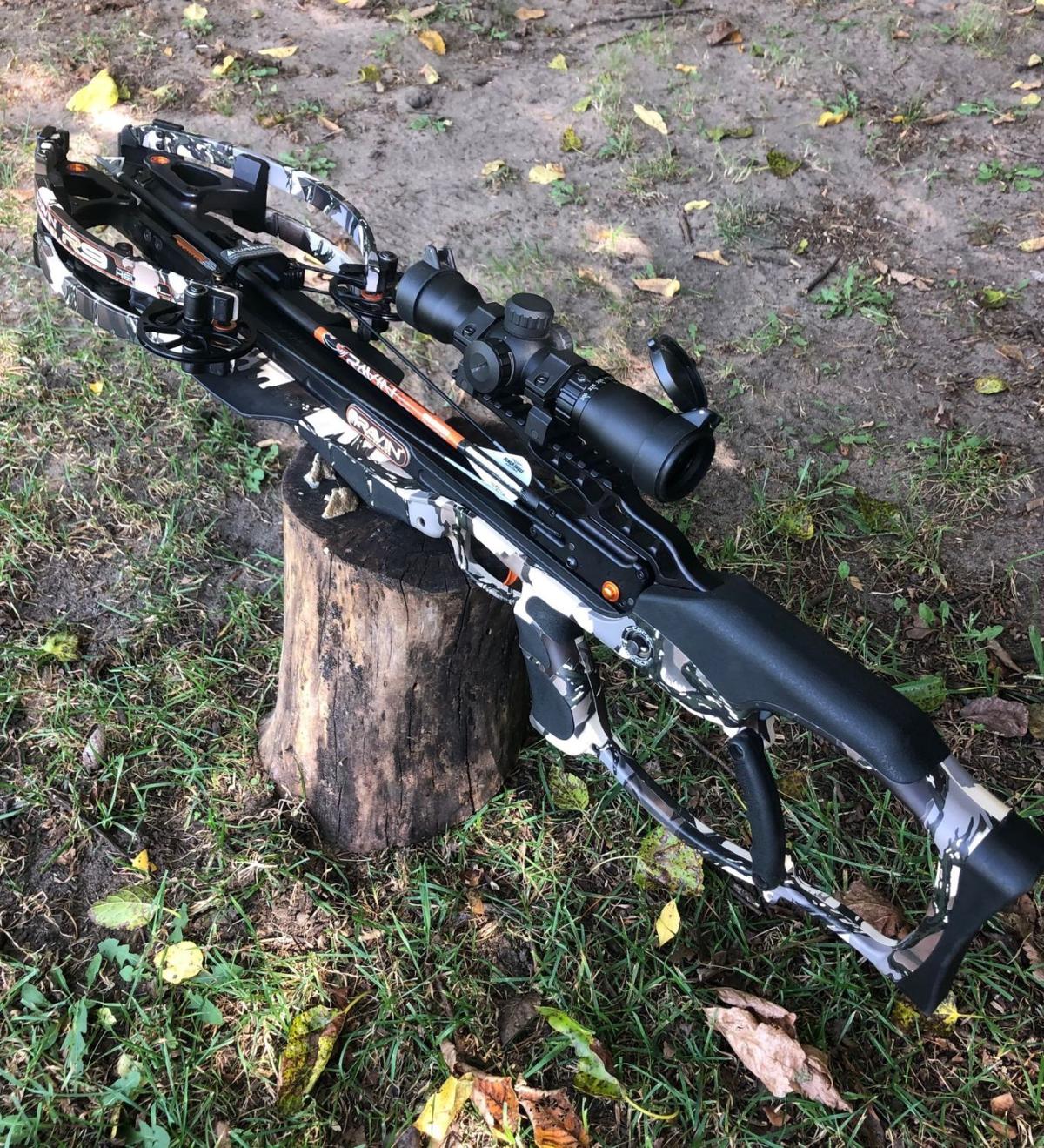 Archery hunters using a crossbow (above) in Wisconsin continue to grow. More than half of the approximately 575,000 gun deer hunters in Wisconsin also hunt during the archery season with either a crossbow or vertical bow. 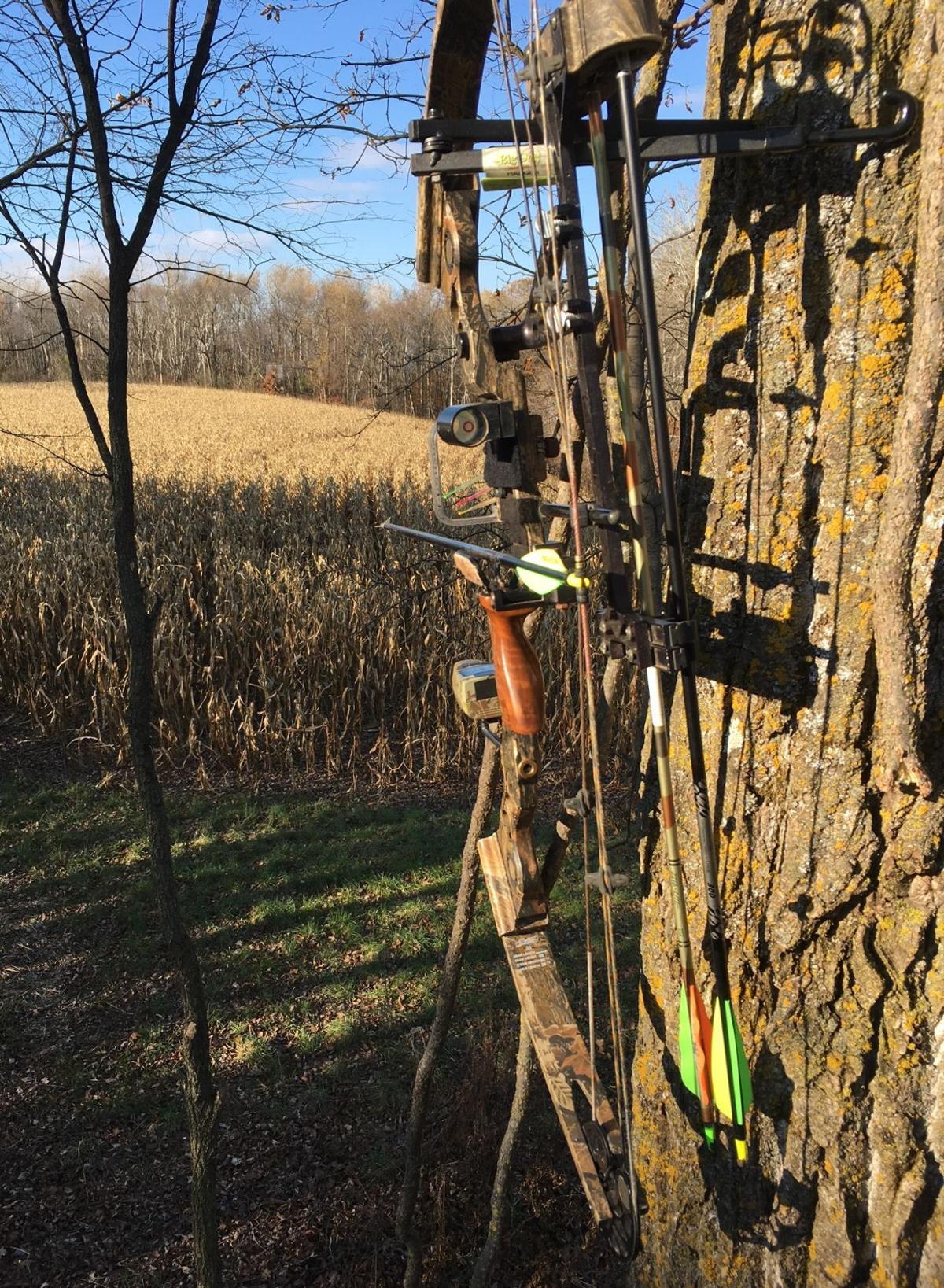 Vertical or compound bows (above) continue to be used by many bowhunters in Wisconsin, but the use of crossbows is on the rise.

Being a former sports writer/editor and loving everything competitive that humans tend to play, I have always been intrigued by numbers. More so the people who accumulate those numbers, but numbers just the same.

So when I called Jeff Pritzl, the Wisconsin Department of Natural Resources Deer Program Specialist, I was in search of numbers, as in the harvest totals to date for the archery deer season that opened Sept. 18, and some insight behind those figures.

I got numbers all right, plenty of numbers, and some unexpected big-picture perspective.

Pritzl, very knowledgeable, well-versed and insightful about all things deer and all things DNR-related to deer, was happy to enlighten me with those numbers (more on that later). What I didn’t expect were other, even more interesting, numbers.

Such as the fact that nearly half of the state’s approximately 575,000 hunters who purchased gun-deer licenses in 2020 also purchased an archery license — either vertical or crossbow. That’s close to 300,000 people hunting white-tailed deer with a vertical bow or crossbow.

That number surprised me.

“There is no question that the shift of deer hunting effort to bow and crossbows is definitely there and it is continuing,” Pritzl said. “It has been going on for decades and is a national trend in scope, not just Wisconsin. The advent of a crossbow as a weapon of choice is not for everyone, (but there are those), they embrace it.”

The 2021 season is the third year that crossbows can be used by anyone (you need a hunter’s safety permit if you were born on or after Jan. 1, 1973), without limitations, during the archery season in Wisconsin. In other states, such as Minnesota, there are crossbow stipulations (see Minnesota DNR regulations).

Wisconsin, it seems, is ahead of the curve on this, at least from a financial standpoint. With the number of gun-deer licenses being sold in Wisconsin on a slow decline, allowing hunters to use crossbows during the traditional archery season seems to make sense.

“We are into our third year where crossbow use, as a choice of weapon, has surpassed vertical bow. The proportion to the harvest that has attributed to that has followed along,” Pritzl said.

“What it is has done, it has leveled out that (overall deer license) income. The overall number of hunters has been trending down simply by virtue of demographics as the baby boomer generation continues to leave hunting. The advent of the crossbow has offset what has been a general decline in the numbers during the gun season. It has kept some people in the game longer.”

Breaking those numbers down even more, 6,309 deer have been taken by crossbow so far during the Wisconsin archery season, while 4,678 have been harvested by vertical or compound bow.

What makes this even more interesting, at least to me, is that the overall opinion — even acceptance — of crossbows is changing. The stigma attached to owning a crossbow is lessening, too, Pritzl said.

Personally, I have owned both, and see advantages and disadvantages of each. Going back to my sports days, not everyone likes the designated hitter in baseball (the American League employs it, the National League does not), but it does have its time and place.

The pros and cons of the DH, like crossbows, will certainly continue to be debated.

“The bigger thing that is developing, and welcoming, and it speaks well of deer hunters, is understanding the diversity of options. People recognize there is no ‘one’ right way to do it and are more accepting,” Pritzl said. “It is your permit, your adventure, as long as it done within the scope of regulations, there is room for all of it.

“We have gone through the phase of the advent of compound bows and muzzleloaders, where initially there is reservations and a concern what you are doing may have a negative impact on me and what I am doing. After a few years of it, it isn’t such a bad deal.”

It’s not a bad deal to have choices that are within each state’s hunting laws, which is why the purists in baseball love the National League’s stance on the designated hitter. Many archery purists will never accept crossbows, while others embrace them.

Neither is right, neither is wrong. It’s a personal choice, just remember to stay in tune to each state’s laws.

The DNR continues to monitor what type of deer licenses are sold, to which demographic, and the success of each. It’s no secret that the gun-deer season remains king in Wisconsin, but there are signs of change.

Try these numbers on for size: In 2020, there were 820,299 gun, bow, crossbow, sports and patron licenses sold in Wisconsin, allowing those folks to hunt deer. Of that total, 569,203 were gun (deer) patron and sports licenses.

“The shift toward archery hunting and away from gun season in a certain degree, de-emphasizes it a little,” Pritzl said of the nine-day traditional deer hunt. “The hype of gun season always has been a huge part of the Wisconsin gun-hunting culture. Now there is just a little shift. Now they are just spreading out their effort. Probably in big picture, it is a good thing.”

DEER HUNTER STRATEGIES: While the movement of hunters experiencing both the archery and gun deer hunting seasons in the same year can be tracked by numbers, one noticeable trend cannot. If you participate in the gun deer season, you know there are fewer and fewer deer hunting groups that drive or attempt to move deer.

There are more people who sit and wait for deer to come to them than ever before. I was itching to ask Pritzl for his insight on this subject.

“The hunting strategies have shifted, not that is good or bad. A lot of hunters will base their experience on how many deer they see, remembering back in such and such year how many deer they saw,” Pritzl said. “Hunters have taken, by far, a more sedentary approach of staying put, of staying silent. And staying put in terms of deer sightings, can make a big difference.

“If everyone is staying put and staying still and not intentionally efforting to move deer, that hunting pressure decline, letting things be more quiet, can lead to less deer being seen.”

Pritzl said it’s easier now to sit in a stand, a ground blind, or even on a stump overlooking a coulee — and stay there all day — because of the equipment, and the clothing, available.

“Part of it is land ownership, as well as the development of better deer stands, better clothing that it makes it more comfortable for people to sit tight,” Pritzl said. “With that said, you need to bring more patience with you.”

Does patience have a number? Asking for a friend.

WHITETAIL STORIES: With the Wisconsin archery and crossbow seasons for white-tailed deer having opened on Sept. 18, there is bound to some tongue-wagging tails to be told. Drop me a line and send me a photo of your big buck at outdoorstrib@gmail.com and it may end up being the topic of a Thursday column. I’ve been hunting for 45 years and writing for more than 40, and never tire of hearing a good deer story.

Jeff Brown, a former longtime sports editor for the Tribune, is a freelance outdoors writer. Send him story ideas at outdoorstrib@gmail.com

How to prepare your home for cooler weather

How to change careers smartly with these easy steps

How to change careers smartly with these easy steps

During the first 18 days of the Wisconsin archery deer season, hunters have harvested 10,987 whitetails, 4,792 of those being bucks. Those using a crossbow have killed 6,309 deer, while those using a traditional compound or vertical bow have harvested 4,678.

Archery hunters using a crossbow (above) in Wisconsin continue to grow. More than half of the approximately 575,000 gun deer hunters in Wisconsin also hunt during the archery season with either a crossbow or vertical bow.

Vertical or compound bows (above) continue to be used by many bowhunters in Wisconsin, but the use of crossbows is on the rise. 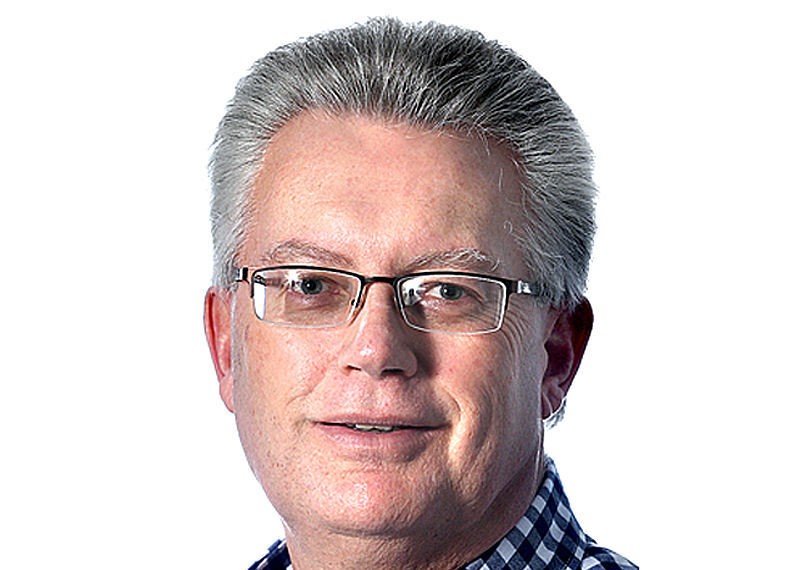