MINNEAPOLIS — For the Twins, so much of their 2019 campaign and potential success hinges on players bouncing back.

There’s Byron Buxton and Miguel Sano at the forefront. There are others coming back from injury. Feel free to add second baseman Jonathan Schoop to that list.

Schoop, one year removed from an all-star season with Baltimore in 2017, took a step back last year. But he has put that behind him and believes the best is ahead of him. He signed a one-year contract worth $7.5 million with the Twins in December.

But his 2018 season saw both oblique injury and a trade from the Orioles to the Brewers.

Schoop hit just .202 with the Brewers after the trade, but he said he thinks the both the injury and the trade taught him a lesson.

“It helped me become the player I will be in 2019, so I know for a fact I will be better,” he said. “Sometimes you have to (not) only talk about it but you’ve gotta to do it too, so I’m ready for it. I worked hard this offseason. After this, I will go on back and keep working and come to spring training ready and go and get some work and try to be ready for the season.”

During the winter meetings, Twins general manager Thad Levine said both Schoop’s age and the club’s “admiration for his ability” were drawing points.

“As we are building a team that certainly has a few stories of reclamation and redemption, we add him to the list,” Levine said at the meetings. “And a guy who could be a really high-end performer if we can somehow apply the appropriate resources to put him in the best position to succeed.”

On Schoop’s end, he said the decision to come to Minnesota was an easy one. He was drawn to the Twins’ youth, among other things.

“We’ve got really good talent, so we’ve got a really good chance to do some damage,” he said.

Schoop said he preferred to take a one-year deal. He’s betting on himself, so to speak, before he hits free agency again.

Winona County had 498 new COVID-19 cases confirmed amongst its residents by the Minnesota Department of Health from 4 a.m. Jan. 12 to 4 a.m. J…

For as long as he can remember, Carson Thompson has loved Winona State University’s football team.

CALEDONIA — When one thing does not go right for Caledonia’s boys basketball team, the Warriors are talented enough to change their game aroun…

In recent days, Winona’s largest schools have reported a total of 242 new COVID-19 cases, down from last week’s 284 cases.

Back on January 7, the Cotter girls basketball game had a 10-game winning streak snapped in a road loss against Dover-Eyota, and the Ramblers …

Life in a funeral home: Why this Wisconsin couple undertook a special DIY transformation

The housing market was hot. So this couple bought a former funeral home in Racine and turned it into an actual home.

As the world of technology continues to progress, scammers have evolved as well.

Here's how to get your free home COVID test kits

Home COVID tests are now available at no cost to most Americans, as part of the Biden administration's effort to increase testing around the United States. 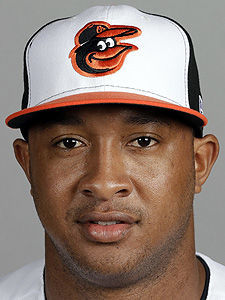 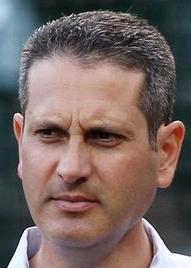