On the busiest night yet of Premiere Week, ABC revives The Wonder Years from a Black family’s perspective. The Goldbergs pays tribute to their beloved Pops, the late George Segal. The Conners opens its fourth season with a live call-in episode. After a long break, Survivor kicks off its 41st season with a two-hour premiere. All three of NBC’s Chicago shows launch new seasons. Fox pairs its guilty pleasure The Masked Singer with another high-concept singing contest where contestants perform behind elaborate avatars. In late night, all the hosts have agreed to use their platform to address climate change in their own way. The beloved coming-of-age classic (1988-93) returns with a new look but a similarly warm tone, telling its story from the perspective of 12-year-old Dean Williams (Elisha “EJ” Williams), a Black youth from Birmingham, Alabama, growing up in the late 1960s amid the turbulence of the civil-rights movement. The world is changing, but Dean’s universe (introduced by narrator Don Cheadle as the adult Dean) is focused on his middle-class family, his diverse group of friends and his “safe” suburban neighborhood, “united by pride, self-determination and the right to spank any kid caught outside after the streetlights come on.” Dulé Hill is terrific as his dad Bill, a musician and professor who tempers discipline with coolness. In the opener, young Dean plays uniter, organizing a baseball game that would let Black and white teams compete, until history casts a shadow over the day. The long-running family comedy lost a treasured member when George Segal passed away in March, and the cast pays homage to their Pops in the ninth season premiere. The Goldbergs have been grieving for several months, unable to move on, until they embark on a quest to discover Pops’ favorite spot to scatter his ashes. Naturally, Adam (Sean Giambrone) films it all on camera, in the style of Bill and Ted’s Excellent Adventure. And yes, there is banjo playing involved. 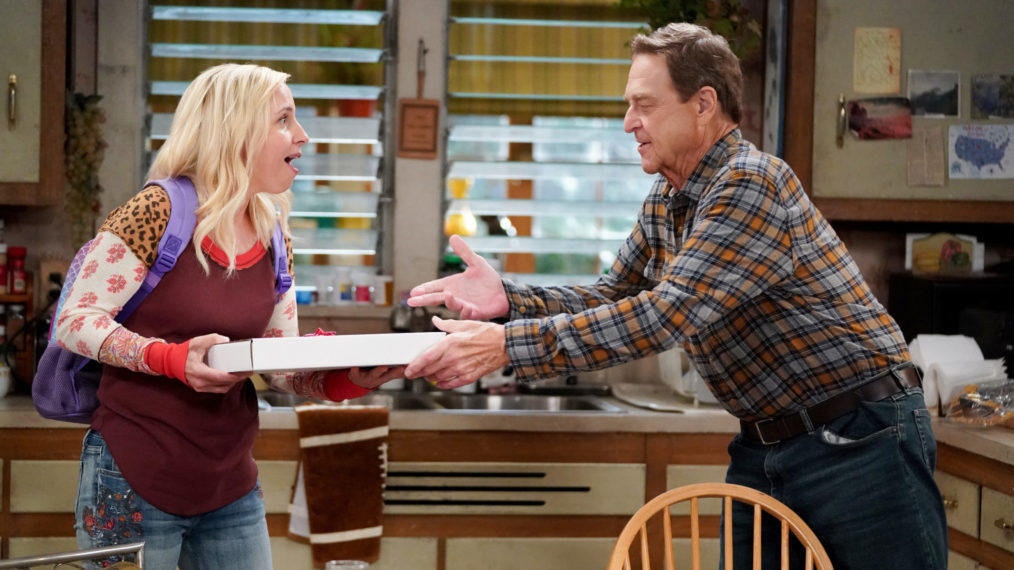 Few sitcom families feel as real as the Connors of Lanford, Illinois, with their personal and economic struggles, and in the fourth-season opener—presented live on both coasts—they’ll take calls from fans (chosen in a recent sweepstakes) for a real-time conversation about how they’re all coping. Possible topics include the pandemic, sobriety and relationships: Darlene’s (Sara Gilbert) rejected proposal and Dan’s (John Goodman) impending wedding. After sitting out last season because of the pandemic, the venerable reality competition is back in Fiji for a 41st round of adventure, alliances and heated tribal councils. Filmed over 26 instead of the usual 39 days, the accelerated journey is even more challenging than usual, when the initial three tribes start off with minimal supplies and no rice. No one ever said it would be easy. That’s why they’re there. And why we watch. For many, the Windy City will continue to be the place to be on Wednesdays. Chicago Med (8/7c) opens its seventh season with the staff still getting used to interim Emergency chief Archer (Steven Weber), who handles a wild case involving identical twins. Chicago Fire’s (9/8c) 10th season begins in the immediate aftermath of the capsized boat crisis, with multiple lives hanging (or drowning) in the balance. Chicago P.D. (10/9c) starts its ninth season with a kidnapped and shot Officer Kim Burgess (Marina Squerciati) fighting for her life at Med, while the team looks for the killer of a P.D. informant. Because masking celebrity singers in outrageous costumes isn’t enough, Fox introduces a new companion piece to its guilty pleasure The Masked Singer (the sixth season starts at 8/7c). The visual high concept of Alter Ego finds 20 would-be music stars performing behind a virtual shield of an elaborate avatar, illustrating their movements with motion-capture technology. Rocsi Diaz is the host, with Alanis Morissette, Nick Lachey, Grimes and will.i.am as the judges.

The erasure is yet another time the Simpsons predicted the future.

‘The Tower’: The BritBox Mystery Makes One Key Change From Source Novel

Why did a Muslim teenager and a white police constable plummet to their deaths? 'Game of Thrones' star Gemma Whelan is on the case.

'Sister Swap: Christmas in the City'

Jennifer and Meg Swift are sisters who couldn't be closer despite living in different cities. Meg comes to Salt Lake City from her hometown in Hazelwood to see her sister Jennifer, who runs a local restaurant in town. Still feeling the effects of losing their Uncle Dave, a change of scenery and a project to dive into are just what she needs. When Jennifer and her teenage son, Simon, return to Hazelwood home for a pre-holiday visit with their family, Meg offers to help Jennifer's staff prepare for a competition among local restaurants that awards the winner money for the charity of its choice. As effusive Meg works alongside the more reserved Joe, the restaurant's manager, the two find their differences are what make them a great team. Swapping cities with her sister leads Meg to her next chapter and just might also bring her an unexpected romance.

The live TV musical returns with NBC’s starry new "Annie" adaptation. Drag queens are the rage in a new singing competition and a campy Christmas movie.

‘Playboy’ names Cardi B its first-ever Creative Director in Residence

‘Playboy’ names Cardi B its first-ever Creative Director in Residence