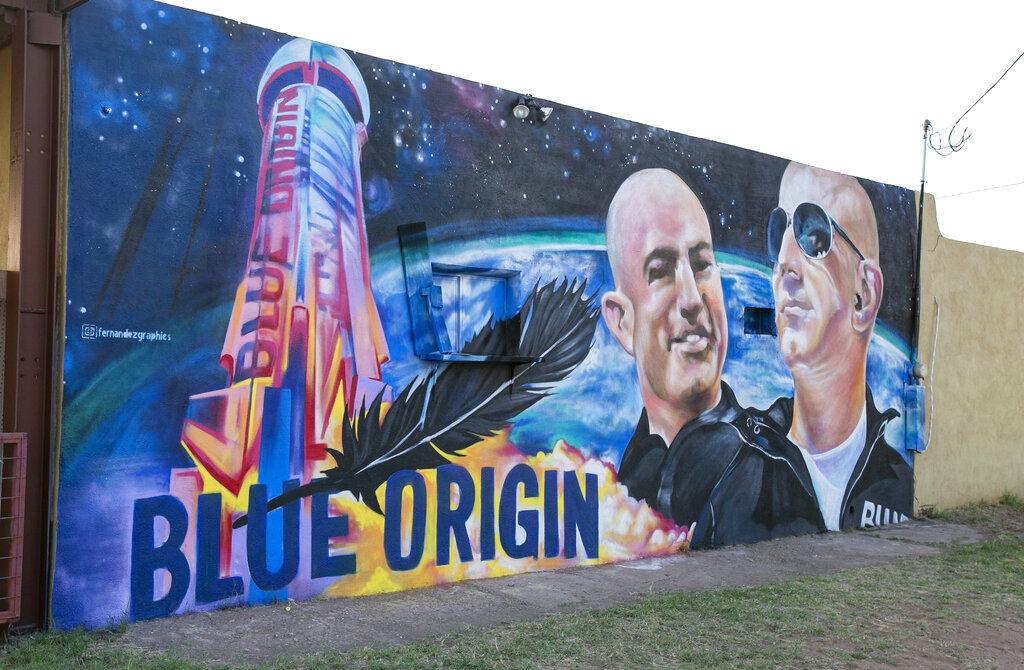 A mural by Fernandezgraphics of Blue Origin and Amazon founder Jeff Bezos is seen on the wall of a building Tuesday in Van Horn, Texas. Bezos has blasted into space on his rocket company’s first flight with passengers. He’s the second billionaire in just over a week to ride his own spacecraft. The Amazon founder rode to space with a hand-picked group and their Blue Origin capsule landed 10 minutes later on the desert floor in West Texas. (Jacob Ford/Odessa American via AP) 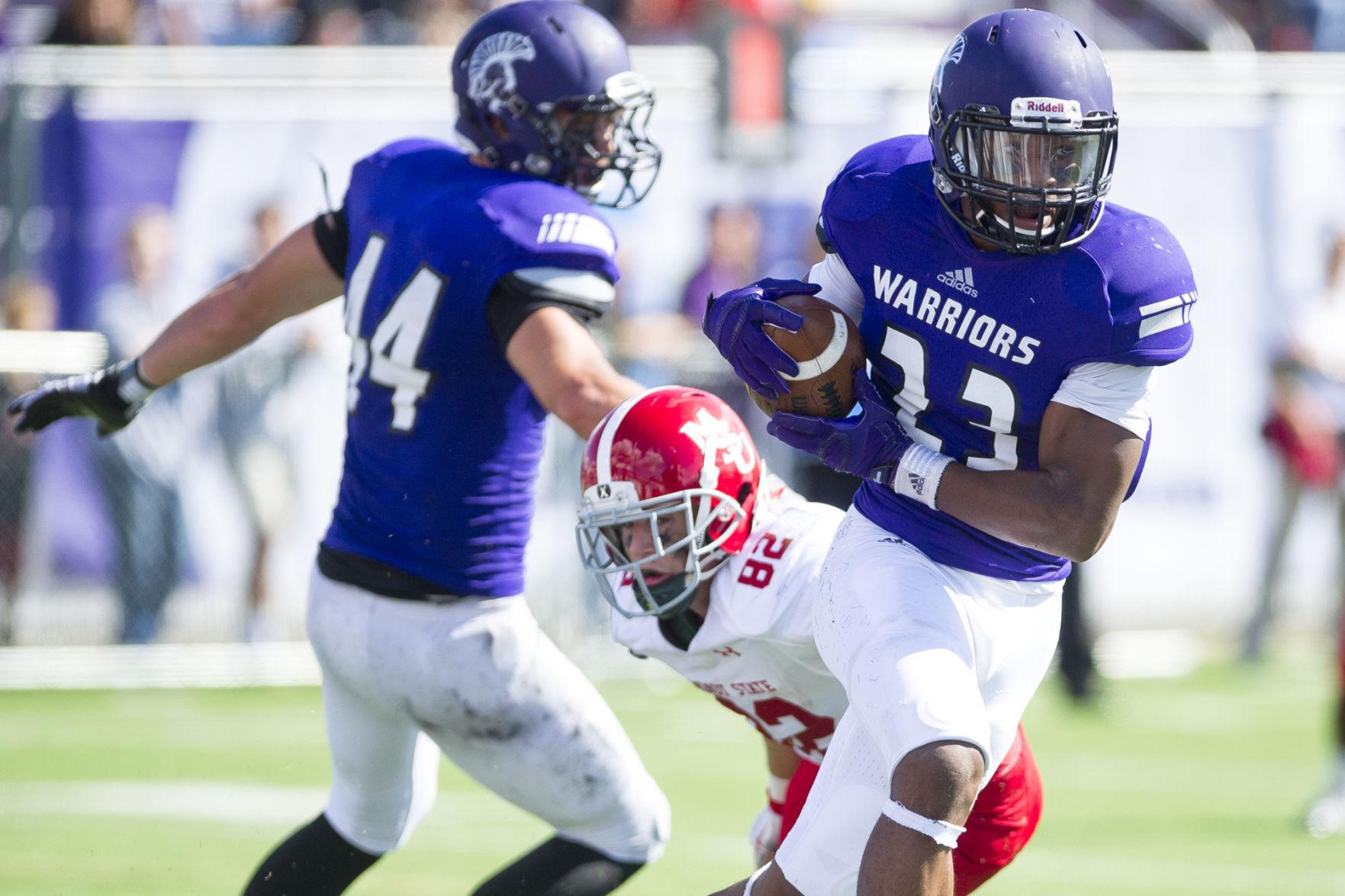 Winona State safety Andrew Spencer (23) intercepts a pass during a game against Minot State last season in 2015. Spencer led the team with three interceptions as a sophomore. 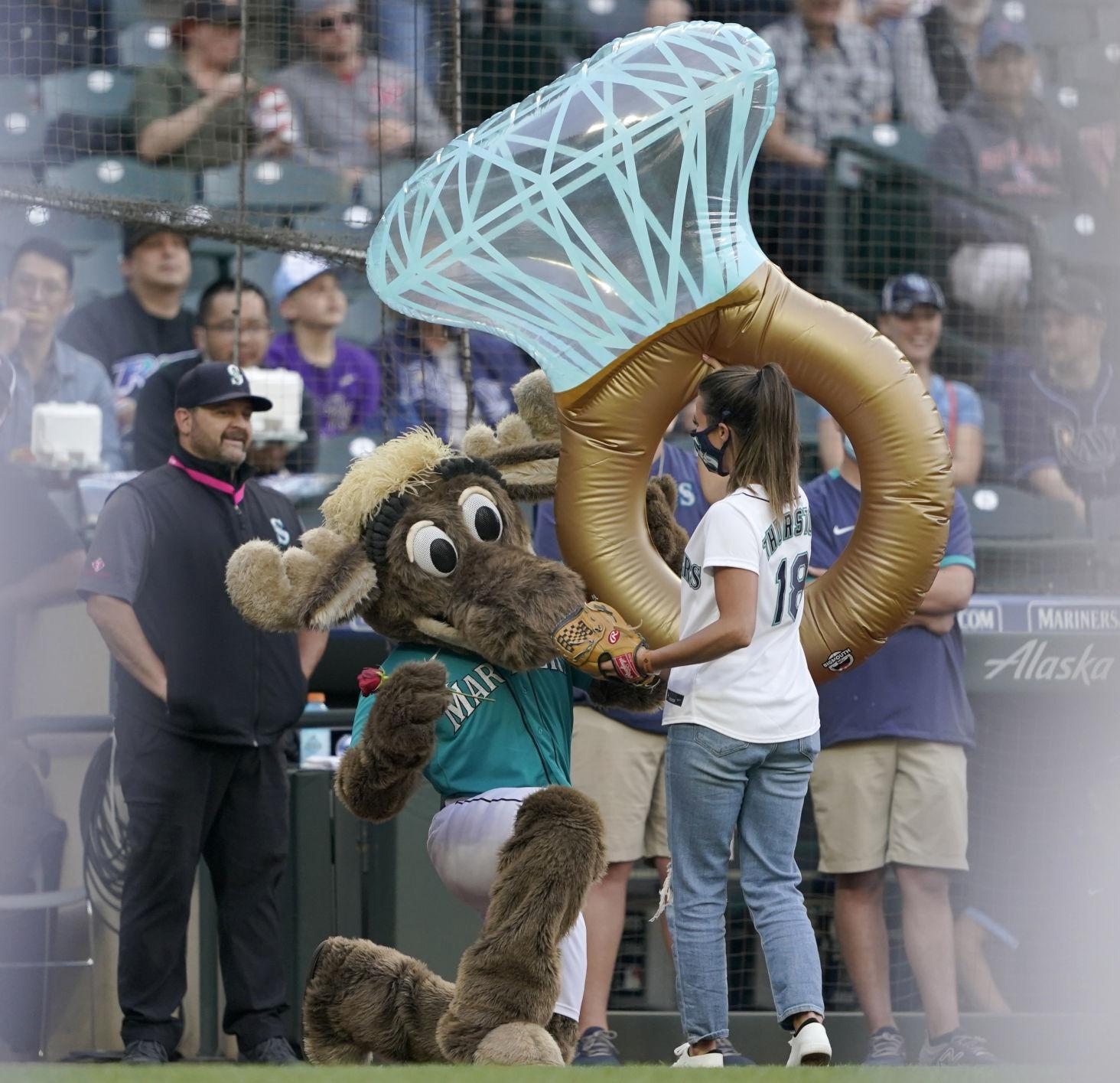 Moose, the Seattle Mariners mascot, holds a rose and an inflatable engagement ring as he kneels in front of Katie Thurston, from the TV reality show "The Bachelorette," after Thurston threw out the ceremonial first pitch before a baseball game between the Mariners and the Tampa Bay Rays, June 18 in Seattle.

GRAND PORTAGE, Minn. (AP) — A criminal complaint filed in Cook County provides more details about what investigators say happened when the remains of a missing St. Paul were found off the shore of Lake Superior in Grand Portage last week.

The Duluth man charged with aiding and abetting the disposal of the victim’s body says another man fatally shot Balsimo the day he disappeared, the St. Paul Pioneer Press reported.

According to the complaint, an unidentified woman told investigators she met with the two men in Duluth June 20 and the man eventually charged with aiding an offender asked her if she knew anyone with a boat so she put them in touch with a commercial fisherman in Grand Portage.

When the woman and defendant arrived in Grand Portage, the defendant asked the fisherman to take him out onto Lake Superior so he could dispose of some valuables that belonged to his grandmother, the complaint said.

Once out on the lake, West dropped two 5-gallon buckets and a large tote into the water, telling the fisherman the tote contained the remains of a dog, according to the complaint.

Back in Duluth the next day, the defendant allegedly told the woman that the man who was at his home had shot Balsimo in self-defense, and that Balsimo’s body had been “chopped up” in a camper.

ST. PAUL, Minn. (AP) — An invasive weed that can choke out native plants and fish habitat has been found in one of Minnesota’s largest and most popular walleye lakes, the Minnesota Department of Natural Resources said Monday.

The DNR has confirmed the discovery of starry stonewort in Leech Lake, located in northwestern Minnesota. The bright green microalgae plant has now been verified in 18 of the state’s 11,842 lakes, according to the DNR, including nearby Cass Lake and Lake Winnibigoshish.

Leech Lake is largely within the Leech Lake Band of Ojibwe Reservation boundaries. It is one the 10 largest lakes in Minnesota with nearly 200 miles of shoreline, area tourism officials say.

Starry stonewort has never been eradicated from any U.S. lake, but early detection is the key to effective management, the DNR said. It is most likely spread when fragments have not been properly cleaned from trailered boats, personal watercraft, docks, boat lifts, anchors or other water-related equipment.

The species was first discovered in Minnesota in 2015 in Lake Koronis, which is located near Paynesville in Stearns County. The state has spent tens of millions of dollars trying to combat the weed.