You have permission to edit this page.
Edit
Return to homepage × 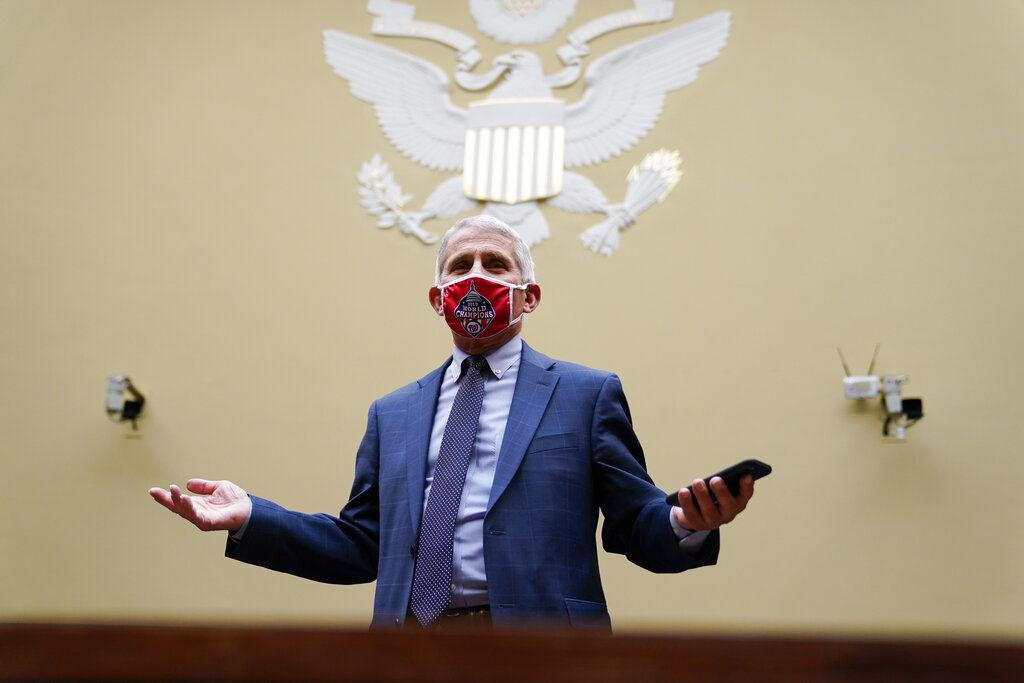 Dr. Anthony Fauci, director of the National Institute for Allergy and Infectious Diseases, arrives to a House Select Subcommittee hearing on the Coronavirus, Friday, July 31, 2020 on Capitol Hill in Washington. (Erin Scott/Pool via AP)

Nasra "Jamila" Ibrahim, right, owner of J's Sambusa in North Mankato, Minn. greets customers Sue and Alex Liebl, of Mankato, on the business' opening day July 27. Before Nasra “Jamila” Ibrahim emigrated to the United States from Somalia in 1994, she worked at her brother’s restaurant in Mogadishu. Ever since then, the idea of opening a restaurant of her own has lingered in the back of her mind.

NORTH MANKATO (AP) — Before Nasra “Jamila” Ibrahim emigrated to the United States from Somalia in 1994, she worked at her brother’s restaurant in Mogadishu. Ever since then, the idea of opening a restaurant of her own has lingered in the back of her mind.

On Monday, July 27, she officially opened J’s Sambusa, named after a popular Somali meat pie filled with ground beef and spices. She said she and her husband were looking for an investment, and the location, 503 Belgrade Ave., was perfect for a restaurant.

“We found out this was for sale and it was a good location and a good opportunity,” Ibrahim said. “This is the first time I’m opening a business in the United States, so I’m a little bit nervous but I’m very happy.”

Ibrahim, of Eagle Lake, purchased the building last October and spent the next six months transforming the former bar into a family restaurant.

“We did the interior and also outside,” she said. “We painted and changed the color. We changed the bathrooms and I changed a lot of stuff in the kitchen, so it made it a lot of fun. We innovated a lot.”

She hired a cook who she knew from her time in Atlanta before moving to Minnesota who ran his own restaurant there and more recently worked at Quruxlow, a popular Somali restaurant in Minneapolis.

Along with sambusas, the restaurant serves a wide variety of Somali cuisine including suqaar — a dish of grilled chicken or beef cooked with onion, garlic, green pepper and rice — to bajiya, which is what customer Lauren Mendez McConkey, of Mankato, opted for that Monday.

“It’s a bean fritter and was a perfect appetizer,” she said. “The sauce was good and had just the amount of spice for what I can handle. It tasted fresh and the service was awesome.”

Mendez McConkey, who has tried sambusas before at Minnesota State University’s culture nights and through friends, said this was her first time trying a Somali entrée.

“I’ve had tastes here and there, but this was the first full-meal experience,” she said.

Sue Liebl and her son Alex, who played soccer with Ibrahim’s son, heard about the restaurant’s opening on social media. She had the suqaar and Alex Liebl had the Chicken Fantastic, served with sautéed vegetables on a bed of rice and a Somali flatbread called sabayad.

It was their first experience with Somali cuisine, and both were excited to try some new flavors.

The two often head up to the Twin Cities for its array of international restaurants and said they’re happy to see Mankato’s food scene slowly becoming more diverse.

“There’s not much of the African cuisine and flavors here,” Alex Liebl said. “So, it’s kind of fun to see it being embraced not just up in the Twin Cities but also down here now.”

Customer Lydia Cooper, of Mankato, decided to try the goat, which Ibrahim said is comparable to lamb.

“It was fantastic,” Cooper said. “I’m definitely going to order it again. I like having different foods and flavors to try. We don’t have a lot of that in Mankato, so I’m excited we have that here.”

Ibrahim also had some out-of-state customers who just happened to be driving by. Nathan Koerner, of Sioux City, Iowa, and Dirk Grenemeier, of Lincoln, Nebraska, were in town working on flood restoration following the weekend’s heavy rain.

“We were down at the city office getting some information from them, saw this place, turned around and came back,” Grenemeir said. “It reminds me a little bit of Middle Eastern food and the sauce was good.”

Ibrahim said Somali cuisine is influenced in part by Indian food. The two countries have a long history of trading with each other, and a lot of Indians and Somalis have married as a result, solidifying their culinary influences on each other.

Spaghetti is another common dish in Somalia — it was once an Italian colony — and it’s one of Ibrahim’s favorite dishes to make at home, smothered with Parmesan cheese.

The restaurant also features desserts such as Somali pound cake and a Somali-style crepe called malawah, which customers can wash down with a guava and mango juice or a cup of Somali tea or coffee, spiced with cardamom, cinnamon and ginger.

“The spices help with digestion when you’re full,” Ibrahim said.

Other spices, such as cumin, a common ingredient in Somali cooking, are ground in the kitchen. Ibrahim said everything is prepared fresh, with most of the meat sourced from a Halal butcher in Minneapolis.

Ibrahim said she’s holding off on indoor dining because of COVID for the time being, but customers can dine outside on the patio or pick up orders for carryout. The restaurant, which has a Facebook page, is open seven days a week.

While no specific plans have been determined by Winona Area Public Schools staff about the start of the school year, district employees are ready for anything.

Superintendent Annette Freiheit says the district has three plans ready to go: one where all of the students will return to the buildings; one where a hybrid method of learning will take place; and one where everyone will learn from a distance. 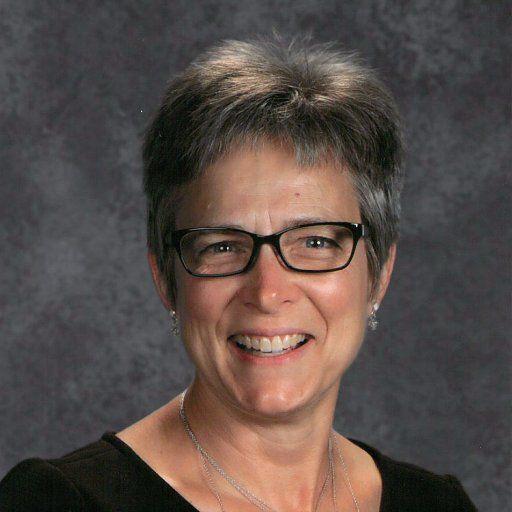 No matter what is chosen, families will have the choice to keep their children home and learn from a distance.

Gov. Tim Walz and the Minnesota Department of Education announced Thursday that is in the hands of the districts to determine how their school year should begin, while offering some guidance.

The decision should be based on how COVID-19 is impacting the district’s area.

Freiheit shared that the district is not required to determine a plan until the last two weeks before the start of the school year, which is set for September 8.

Freiheit said that, as staff prepare possible options, the district is examining building capacity and hygiene practices, based on state and national guidelines.

This examination is leading to staff figuring out possible schedules for students, creating flow plans that limit high congestion in the halls and open spaces in the buildings.

The district also requested staff and community members complete surveys about how they would like the school year to begin.

For the community survey, Freiheit shared, about 70% to 80% of parents want the school year to start in a hybrid model of learning — a mix of in-person and virtual learning.

Another 15% to 20% of families, she said, claimed that they would prefer their students to only attend school through a distance-learning format.

Freiheit said she appreciated the governor and department of education allowing the decision to be in the hands of each district, along with the guidance they provided.

She also said that she appreciates that equipment has been purchased, including masks for everyone and face shields for the employees.

COVID-19 testing will also be made available.

With those items already provided to the schools, it will enable the district to not have to put as much funding toward those necessities.

Freiheit said that she knows difficulties are in the future for the district, as they attempt to work with charter schools and transportation companies to handle the pandemic.

As for the district’s community, Freiheit said, “Everybody has been really supportive, and I realize that there are people on both ends of the spectrum in regards to where they stand on how to deal with this pandemic, and so having the option to be able to meet the needs of our students on all those ends, (it) feels really good.”

She said that inside the schools, the district staff are stepping up to figure out the best solutions and transition into different models of learning that are needed.

“My goal is to be as stable as we can, so teachers can easily handle that, but also our families and our parents,” Freiheit said.

She hopes that more information about a possible official plan for the start of the school year will be ready to be presented to the school board and the community by Thursday’s regular board meeting.

Cotter Schools staff were expected to talk about their plans for the upcoming school year Friday morning.

As of Friday afternoon, it was not yet announced what Cotter’s plans were. 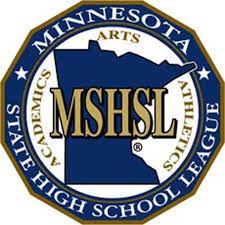 Engage Winona has created the For Lived Experience Leaders program that is designed to deepen and diversify Winona’s pool of community leaders, and the program is looking for applicants.

The program provides training and resources to amplify voices and support change-making ideas of people across Winona who’s lived experiences have given them a unique insight to create equitable change for Winona.

Selections for the program will be made in September. Participants will take part in workshops where plans for a community project will be developed. After that, in the winter and spring, progress will be made in growing the project.

All participants will receive a $500 stipend and be provided resources such as child care and transportation, as well as receive ongoing mentorship, support and resources. Gatherings will be structured to accommodate COVID-19 restrictions and individual comfort levels.

There is a possibility that meetings will be virtual, with a chance for some in-person connections.

Interested parties can apply at www.engagewinona.org or by calling 507-312-9133.

The deadline for the application is Aug. 24, but Engage Winona will welcome people into the fall depending on capacity.

One new COVID-19 case was confirmed Friday in Winona County by the Minnesota Department of Health, increasing the total to 240 for the county.

No new COVID-19 deaths were announced for the county, leaving the total at 16.

Of these positive cases, 6,259 are health-care workers.

Six new deaths were reported in the state, bringing the total to 1,600.

Of these people, 1,223 resided within long-term care or assisted-living facilities.

Statewide, 5,155 people have required hospitalization because of COVID-19, with 312 remaining in hospitals Friday.

Of the currently hospitalized patients, 151 are in intensive care units.