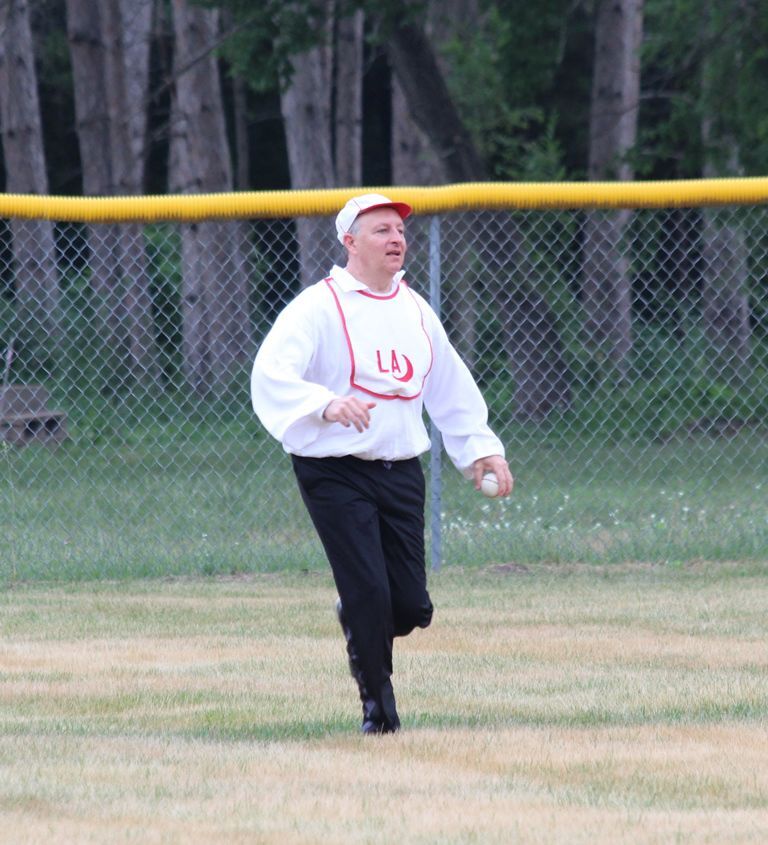 Mike “Mickey” Jaquette gets ready to throw the ball back into the infield after a fine catch. 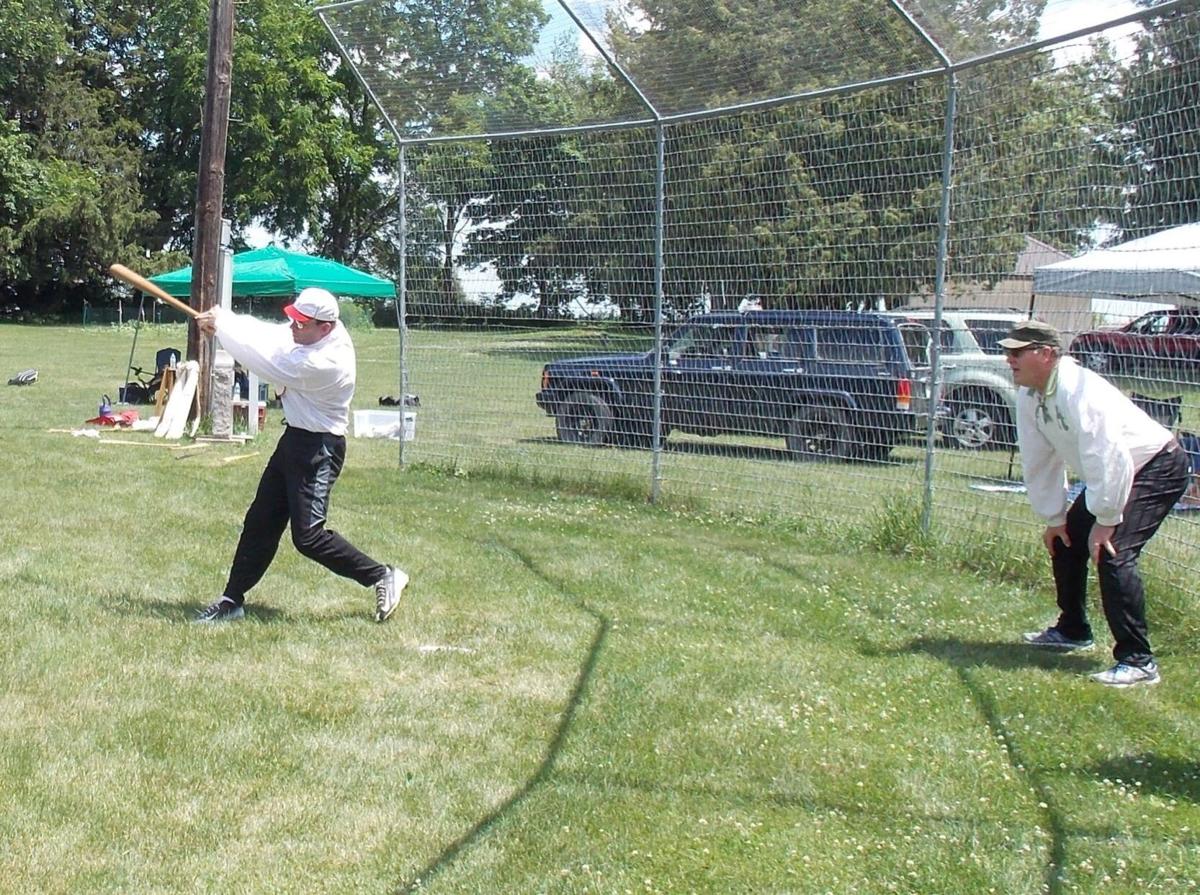 It is a good thing that enjoying oneself is a bigger priority than winning when the Apple Jacks Base Ball Club plays by the rules of 1860. Four games were played two weekends ago without a victory.

On Saturday, the Jacks were in Afton to take on the Afton Red Socks. While La Crescent had about three inches of rain that day, there were only sprinkles in Afton. The games were not impacted. The results were 27-1 and 25-8 in favor of the red hose. What really hurt was the large number of runs that the Afton team scored with two outs.

Sunday’s games took place at the beautiful ball field at the Highland Prairie Lutheran Church. The Apple Jacks came a lot closer but still fell to the Highland Prairie Hayseeds by scores of 13-9 and 8-3. What helps make such weekends palatable is that the local nine is not in a league. Therefore, there is no sadness in looking at the standings each Monday morning – there are no standings!

The current Jack’s roster ranges from high schoolers to those who are well past retirement age. We even have one woman on the team. We have five fathers playing with their eight sons. On Sunday there were even three generations of Pericaks on the field – Gary, Jason & Logan.

The Apple Jacks Base Ball Club is a community outreach program of the La Crescent Historical Society. Merchants Bank of La Crescent is a major sponsor.

Mike “Mickey” Jaquette gets ready to throw the ball back into the infield after a fine catch.